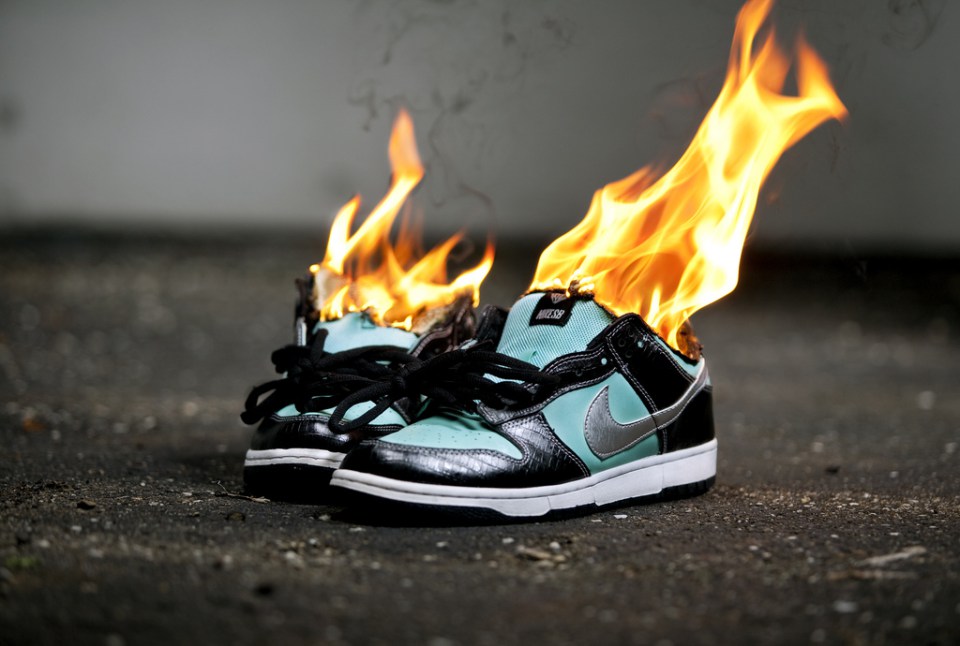 If you haven’t seen the latest campaign that Nike has launched, you will have almost definitely seen one of the hundreds of memes that have spun-off since.

But while memes are nothing new when it comes to mocking big corporate campaigns… the interesting impact that Nike’s “Believe in something, even if it means sacrificing everything” has had, is the uproar of critics surrounding the seeming praise of former San Francisco 49ers quarterback Colin Kaepernick.

For context, Kaepernick is the guy who decided to kneel during the national anthem in [peaceful] protest of police brutality and racism. For the past two years a wave of other players have followed suit, and it’s still a heavily debated topic.

US president, Donald Trump has called players who ‘disrespect’ the US flag ‘sons of bitches’ and called for them to be fired… but we don’t put too much weight on what he says.

So why have Nike decided to feature their campaign around the guy who has caused so much controversy?

What has the viral trend of burning Nike products had on sales?

What have all the memes mocking Nike over this campaign done to the brand?

Surely these factors are all pointing towards disaster, right?

Online sales have actually increased by 31%[1] since the campaign launched!

I’d like to pause here for a moment to point out that I’ve never really been a fan of Nike… I don’t like the mass market appeal, over-priced products and somewhat sell-out nature of the brand. But I really loved this campaign. It ticks so many boxes where so many other brands miss out.

What do you stand for as a business? What is the ethos that drives all that you do? If the founders of Nike were just in it for a paycheck, they wouldn’t be celebrating the 30th anniversary of their ‘Just do it’ slogan. There has to be more. And this campaign is a true reflection of the brand itself.

Centring the campaign around a controversial public figure, and endorsing what he did while everyone else is ostracizing him proves that they are also willing to do what they believe in, even when others think it is crazy.

The campaign was a risky move, but Nike is about pushing boundaries in sport, they don’t settle, and they want to dominate. By launching a campaign that gives the finger to so many others who would have followed the crowd and shunned athletes like Kaepernick, they are proving once again why they exist. 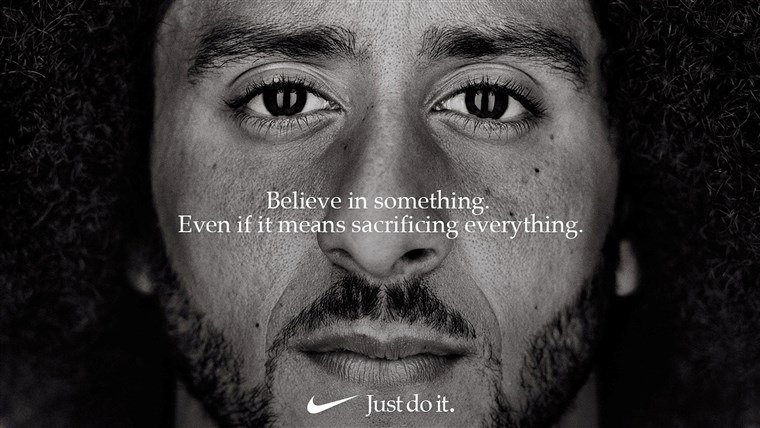 We’ve all heard the saying, ‘any publicity is good publicity’ right? Couldn’t be truer in the case of this campaign. You’d be hard-pressed to find the original one by now, as the hundreds of memes have taken over all social channels.

The net effect of this is that Nike can sit back and relax a bit… dial back some of their own promotion and campaign spend and allow the memes to do the work.

Why? Well like me, I’m sure many others saw the meme before the original, and then wondered what it was all about… then actively went searching for the campaign. How often does that happen?

The irony of burning your shoes…

It is pretty funny to think that burning your Nike shoes, or cutting the swoosh off of your socks, or tearing off the labels of your clothes is going to change something. Sure, it is your own personal protest, but you’ve also already paid for those goods… Nike has your money, you were once a fan, and now suddenly you aren’t.

But all you’ve done is give them more publicity and made yourself look weak by jumping on the bandwagon. Ironically, these people likely blindly followed Nike for years, pouring hundreds, or thousands of dollars into their products, without truly knowing what Nike was all about.

This campaign reset the minds of the sheep, and strengthened the relationship with the true followers. People who believe in what they believe in.

Interestingly, as I’ve never really focussed on the ‘why’ of Nike, I’ve always had an aversion to the brand… I’ve gained a lot of respect for them in the last week.

So not only has this campaign helped to shake loose the cling-ons, it’s added followers who’ve not previously cared.

It’s hard to ignore income, money in the bank and a growing customer base. But are they the right customers? Is your pipeline filled with people who really buy into what you do? Should you be more selective with who you sell to?

Most brands and companies have buyer-personas, their ideal customer base. But have you ever flipped that around and explicitly asked yourself, ‘who aren’t we for?’. There may be more power in knowing what you aren’t, than what you are.

Nike has failed, in my opinion, for many years to really connect their ethos to their customers. This is why I never cared for them. Sell-outs. Do whatever for the money, churn out endless amounts of cheap quality, overpriced goods and create loyalty. I hate it.

But they have, in recent years refocussed on this ethos with the athletes they sponsor. Even more so now where they stand behind people who epitomise their beliefs, in defiance of the masses.

The key is to build loyalty, brand advocates and ambassadors. Blind followers won’t do that.

Stand out from the crowd

What do you believe in? What excites you that would scare others? What dreams do you have that people think are crazy? What gets you out of bed in the morning?

Whatever it is, don’t be afraid to put your head above the parapet.

Everyone is afraid to fail… but you should really be afraid of not trying.