The only constant is change 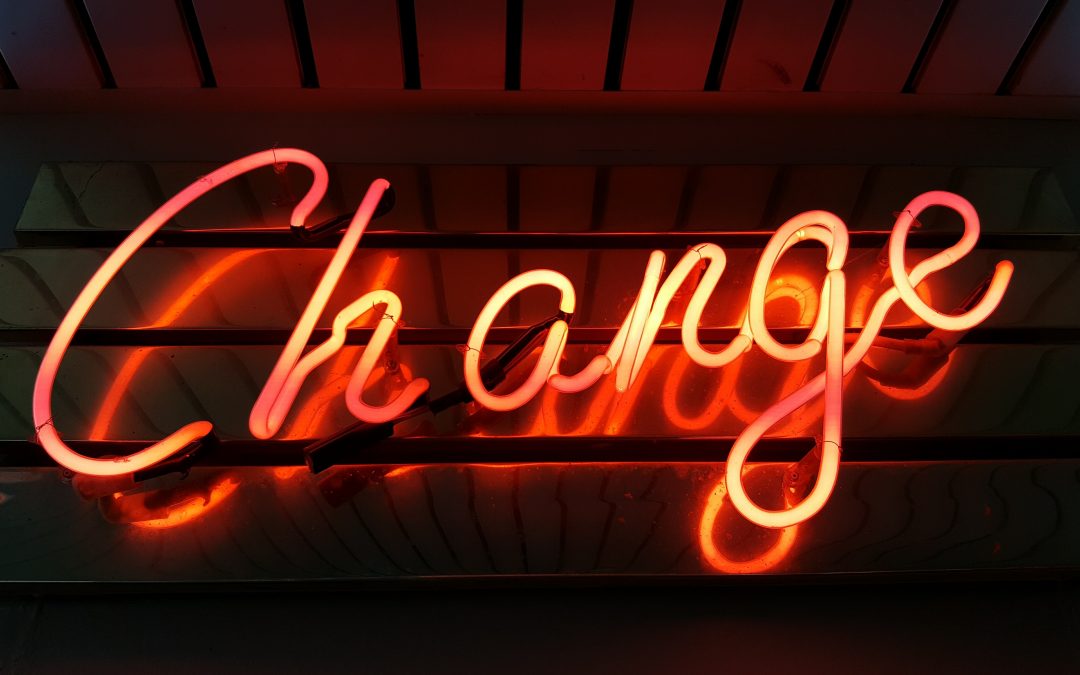 Change is scary. It conjures up fear in the hearts of business owners. The ‘what if’ questions begin to swirl, mixed with the practicalities of how it will impact the business. There are different types of change. The kind we are afraid to initiate, and the kind that is going to happen whether we like it or not.

No matter which type it is, with change comes opportunity.

When you fail to plan, you plan to fail.

I don’t want to dwell on Brexit, we all know it is (eventually) going to happen, and with it will be some form of change to “business as usual”. The extent of that change won’t be evident for a few more months, but whether you embrace change or not, you need to accept its inevitability.

With Brexit, or any other external factors that can force change, you need to plan. Burying your head in the sand won’t solve the problem. The clock is ticking.

If you don’t have a plan, the momentum, time, and energy you will lose trying to claw your way out will have an impact on your bottom line.

By being ahead of the potential impact of change, you have the opportunity to plan how your business could pivot to leverage the changes that occur. While your competitors are scrambling to get back on their feet, your plan is in place and keeping you afloat, and you can use the extra time you have to capture market share from companies who failed to plan.

Standing still is the same as going backwards.

There is a huge reluctance to change when it is self-induced. Maintaining the status quo is easier than rocking the boat. Afterall, if it ain’t broke, don’t fix it. But while you are sitting comfortably thinking that everything is coasting along fine, your competition has just bought a new engine for their speed boat, and you’re not only getting left behind, you are drifting off course.

Let’s say you are putting off revamping your website. It was built around 10 years ago and seems to be serving its purpose (though you can’t measure it). You don’t add content to it (likely because it is too complicated), you don’t know what sort of traffic you are getting (because you’ve never connected it to analytics) or know who your visitors are (because you haven’t bothered with data capture). You’ve considered an update, but the cost and time involved seemed too much, so you just ignore it and hope it will be fine.

A few pitfalls to be aware of:

The reluctance to change extends to brand identity, tone of voice, marketing materials, promotional activities and tactics and generally the running of your business. It is very easy to become complacent and lose sight of how to best serve your customers (by changing with the times).

A few years ago, a client asked for help promoting an event. They were adamant that ‘the way we’ve always done it’ was the right approach… but their last newspaper ad only generated three registrations.

After understanding who their audience was, we decided to run a Google Ads campaign, which not only ended up being cheaper than the print ad, it generated 100 registrations for the next event.

Sometimes the cost of playing it safe can cost you more than making a change.

There is no one-size-fits-all approach to change. It has to be warranted, and the change should be done in line with business objectives, audience understanding and market factors.

Change for change’s sake can also be a mistake. If you’ve spent the time to develop your brand, nurture it, adapt it, cultivate a loyal following and are using change incrementally to always stay up to date… you can negatively impact that momentum by making a big change. Making big changes too often can dilute your brand and confuse your audience.

Think about the epic failure of GAP when they launched their new logo (briefly) in 2010. It lasted less than a week. It was so negatively received, that GAP pulled it and went back to their original logo, but not quick enough to have had a resounding head-scratch.

Arrogance happened. On the flip side of being too complacent is being overly confident and thus ignoring all the principles of branding. The heritage, loyalty and brand wealth behind GAP was solid. Their arrogance led them to believe they could just change it without any impact. Their back-pedalling immediately exposed the error in their judgement. It is estimated that this ill-conceived change cost the company $100m.

Be ready for it, embrace it… but don’t ignore it.